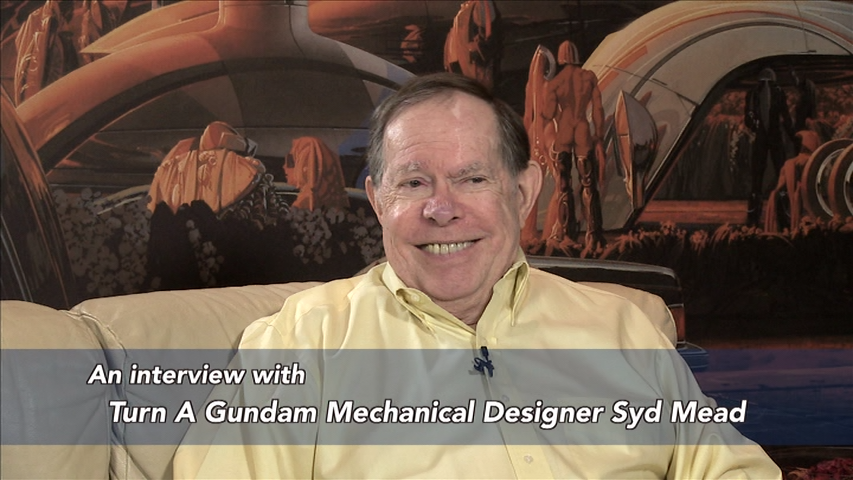 This is a transcription of an interview with mechanical designer Syd Mead by Robert Napton originally shot for Bandai Entertainment’s canceled release of Turn A Gundam, which was announced in 2010. This has often been referred to as the “lost” Syd Mead interview, until it finally resurfaced with Right Stuf’s North American release of the Turn A Gundam DVDs in June of 2015.

The transcription follows below and has been edited for readability.